>
My Youth Begins with Loving You >
Chapter 6

Chapter 6: Crushing on the Mensao Man (6)

Chen Mo didn’t know if his mother gave up on arranging more blind dates or if Xi’an’s social circle was only this large. His mother’s reputation nosedived after news got out that he turned down four very qualified girls. In any case, his dad called him on the weekend to come home for a meal. During lunch, his mum’s gaze was a little colder than usual when she looked at him. But she didn’t say anything.

Chen Mo thought that in truth, they didn’t talk frequently with each other. Their conversations were perfunctory at most.

And after replying, her stance would never budge. Their conversations always resembled the colliding of rocks. Each clash was as harsh as the last.

Chen Mo would always see his father helplessly look at them and shake his head while bitterly laughing. But ultimately, the silent consensus was that the situation was beyond hope. After lunch ended, Chen Mo was preparing to leave when his father abruptly pulled on his arm and said, “Your mother cares for you. Don’t blame her.”

“I know,” Chen Mo replied. If I didn’t know, then why else would I continue letting her tell me how I should live my life? This is already the extent to which I’m willing to compromise.

Chen Mo still had plenty of free time in the afternoon, and took leave out of habit. He had nowhere to go. Lowering his head, he bundled himself in his coat, and slowly walked. In reality, Lu Zhen had to leave for Beijing a little past 11pm. The so-called “mysterious special forces” had already made thorough preparations for Lu Zhen. When deciding whether someone was qualified to stay, they scrutinized even harder than the Xia Minglang of the past. Thus, the five-star hotel was just a joke. Chen Mo had originally planned to take Lu Zhen to Xi’an Restaurant1 to eat this city’s most expensive food. But Lu Zhen stood at the doorway and laughed heartlessly. He said, “Bro, we’ve already gotten sick of all that gourmet food in our past lives. I heard there’s a Chinese Islamic2 night market.”

So, Chen Mo could only bring him to the Barley Market Street3 night market.

The night market had just begun. Coal fires lit up the deep night, and heavy smoke rose from the roasting lamb, wafting the smell into the air. The night market couldn’t be any more rosy and lustrous, evincing the brilliance of life.

Chen Mo and Lu Zhen ordered lamb skewers at a stall—two lamb shank skewers and two lamb loin skewers. As they were walking, Lu Zhen muttered in between bites, “Not good enough, not good enough.” It made Chen Mo recall back when Lu Zhen and Fang Jin grappled with each other on the grass as they fought over a piece of roasted lamb. Their captain had sat behind a fire, laughing, and scolded, “Even feeding you meat won’t shut you guys up!”

When it came to alcohol, Lu Zhen was a heavyweight, and heavyweights didn’t like drinking beer. On the other hand, Chen Mo’s alcohol tolerance was practically nonexistent. Plus, he didn’t drink carbonated beverages. Thus, one drank baijiu4 alcohol while the other drank water.

Chen Mo wiped his mouth and returned the metal skewers. After a while, Chen Mo dropped by the troop to fetch Ming Ming, Lu Zhen’s puppy. Then, he subconsciously drove Lu Zhen to the ancient city wall. This old city had changed over the years. Only this part of it remained untouched by the ravages of time. Elderly people out on a late night stroll walked along the base of the wall. Faint whispers of Shaanxi opera sounded in the distance, drifting up to the vaulted sky.

The wind was strong. Chen Mo looked on as Lu Zhen wrapped himself up in a heavy overcoat and walked forward step by step. The further he walked, the weaker his smile became. In the silent night, he could hear Lu Zhen quietly humming a tender and lovely tune. But if one listened closely, it was anything but lovely.

“Perhaps I’ll bid farewell, never to return. Can you comprehend? Do you understand?…”

Chen Mo inhaled deeply. The crisp air tingled his nose. He watched Lu Zhen lean against the thousand-year-old city wall and raise his head. Welling in his eyes were bright tears that contrasted against the heavy night.

“Perhaps you’ll will fall, never to rise again. Will I be forever waiting?…”

Chen Mo walked to his side and quietly hummed along. “… Perhaps I will sleep forever, never able to wake up. Will you believe that I have transformed into mountains?…”

“That’s not true.” Chen Mo reached over to press Lu Zhen’s head onto his shoulder.

Perhaps your eyes will shut and never open again, will you understand my silent emotions?

If it’s to be so, grieve not, the soil of our Republic contains the love we have given.

If it’s to be so, grieve not, the flag of our Republic has our blood-stained glory.5

Chen Mo remembered that night when Lu Zhen lay on his shoulder and quietly sobbed. He had said, “How can I be this useless? I’m beginning to feel like it’s unbearable. Chen Mo, do you miss them?”

Chen Mo… Chen Mo… do you miss them?

Chen Mo squeezed his eyes shut. When he finally opened them, he looked blankly at his surroundings and discovered that he had unwittingly walked to Earth Café’s entrance. He pushed open the door and walked in.

Momo nodded. As she stirred, the spoon clattered against the cup. After a while, she was done making the hot chocolate. She took a slice of cake out from the fridge. Truthfully, Chen Mo hadn’t even taken a bite yet when he discovered that something was off. He only tasted a bite to confirm his suspicions. Momo watched him from afar and thought, I’m going to count to ten. If you find out before time is up, I’ll tell you a secret.

But Chen Mo only slightly furrowed his brows. He cleaned his plate as always. If you’re hungry to the point where your stomach is bleeding, you wouldn’t waste a single morsel. Momo was a little disappointed. However, girls like her were very easily roused by defeat. She suddenly mustered up her courage and took a seat across from Chen Mo.

“Have you discovered that something’s a little off with today’s cake?”

Chen Mo tapped his cup. “This also isn’t the same. You changed cooks?”

“We didn’t change cooks. But we always served you different stuff compared with other people.” Momo said excitedly.

Momo was secretly giddy as she explained. As a good friend, she was obligated to embellish Miao Yuan’s lovestruck behavior. Thus, Miao Yuan had been painted into a young girl admiring her heart’s hero. Her admiration couldn’t be any more pure and evident. Therefore, it was worthy of praise and interest.

So, Chen Mo, shouldn’t you reciprocate in some way?

Momo talked in circles for quite a while, but Chen Mo calmly picked out the essence. He suddenly felt that it was amusing. As a man, he had self-respect. As a soldier, he had honor. Even the coldest man would fancy being the subject of a cute young girl’s infatuation. It was very flattering.

Momo wrote down Miao Yuan’s address on a notepad which was typically used to take orders, and gave the paper to Chen Mo. He downed the last drop of hot chocolate and walked out with the paper in hand. Momo couldn’t help grinning from ear to ear. All of this required no more than a lift of a finger. If this resulted in a miraculous encounter between the two, wouldn’t that be simply splendid?

Miao Yuan rolled in her bed like a flatbread that needed flipping. Winter in this city was so cold that it froze one stiff. It was very different from her hometown. After winter set in, Miao Yuan had repeatedly felt unwell before finally succumbing to the illness. As a transplant from a foreign city, the loneliness that she was normally able to brush aside became readily apparent. Miao Yuan groaned in pain and bemoaned not going to the hospital yesterday to get an IV drip. If she didn’t put things off and delusionally burden her body, she would have been better by now. She would have been smiling behind the cafe counter, looking at Chen Mo to her heart’s content.

She dejectedly wondered if the chocolate plum cake she had made today would be up to standard, despite her being sick. Afterall, colds would dampen one’s sense of taste. And Chen Mo, I wonder if you’ll be able to taste the slight difference. Your pastry chef’s tongue is numb today, and she can’t taste the deliciousness.

She lay in bed as her imagination ran wild. Suddenly, she let out a low laugh.

Miao Yuan, be a bit more practical. If he is able to discover your absence, then that’s enough to be happy over. It’s not good to expect too much.

Momo called asking where she was.

Miao Yuan unabashedly sulked like a child. She demanded that her fellow countrymen undertake a great sacrifice and propagate the spirit of their camaraderie for the sake of a revolutionary pioneer’s well-being.

Momo giggled and said, “I’ve sent you a big present.”

Miao Yuan went on the alert. “What food did you steal from me this time? Now, let me tell you, the stuff I hid in the cupboard….”

Momo laughed until her sides split and she was gasping for air.

“Oh.” Miao Yuan continued. “What does today’s girl look like?”

“There was no girl today,” Momo said laughing.

A rhythmic rapping suddenly sounded at the door.

“Who is it?” Miao Yuan answered from inside. She discovered that her voice was hoarse and deep. Miao Yuan draped a coat over her shoulders and stood up, wondering if it could be the landlord coming to collect rent early.

In Miao Yuan’s memories, the afternoon sun of that winter day was akin to the summer sun. The sunlight was like translucent crystal glass, spilling through and enveloping all it touched. When she opened the door, she saw Chen Mo in his deep green uniform. He was cloaked in a hazy golden glow, making it a little difficult to see who it was.

Miao Yuan looked at him dumbstruck. 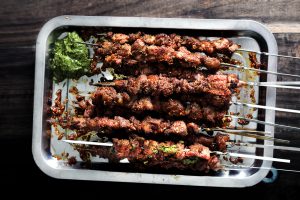 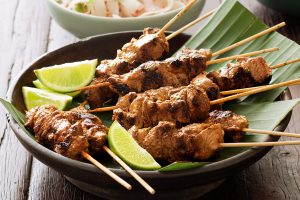 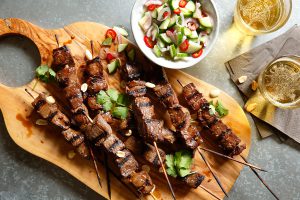 *Update* Hi everyone! Thank you for reading MYBWLY~ ♥ ☕

We’re currently looking for an editor ^u^ We promise the workload won’t be too demanding! If you’d like to help out, then please PM @Blob Translations on NUF, email [email protected], or message us at the Contact Us page : -)

Latest posts by blobber (see all)