>
My Youth Begins with Loving You >
Chapter 12

Miao Yuan snapped back to reality in surprise. She firmly nudged Chen Mo’s shoulder and tried calling out to him, but there wasn’t the slightest response. He seemed to be passed out in a coma, eyes shut.

She sighed in relief. Her taut muscles relaxed a bit, her pulse calmed, and her breathing mellowed. She then took off her shoes and lay next to him.

This is fine too, she thought. She hovered a finger a centimetre over his body and traced his silhouette.

Though I didn’t achieve my goal, this moment still feels very magical. After all, the Chen Mo I see is always so clean-cut, and so unfamiliar, and so distant… And almost imaginary.

But now he’s here by my side… Those calm and peaceful breaths… It’s like he belongs to me. And only me.

The thought brought a smile to her face, and she rested her head in the crook of her arm. She gently poked his face and whispered, “I like you, don’t you know? You fool! I liked you since the first time I saw you. You know, I always had a thing for guys in military uniform. But out of all that I’ve seen, you look the best. Don’t you know how sharp you looked when you walked through the door that day in uniform? And that sweet smile and those polite words… Gosh, you looked so cute. I swear God sent you to subdue me. But… Chen Mo, don’t you like me?”

Miao Yuan sat up and stared at his face. The room was so quiet she could almost hear her own heartbeat.

Chen Mo had a blade for a nose. His lips were thin, and when tightly pursed, they drew into a line. Under the shadows of the pale light, his profile became hazy, losing the sharpness it had when under the sun.

He was in a vulnerable situation.

Miao Yuan licked her lips, her heart resembling a crouching, feverish squirrel. It was throwing a tantrum and wildly clawing at her heart. She could barely endure that itch.

She closed her eyes, suppressing that feeling.

Oh, as a matter of fact, she realized. No matter what you say, you’re a man and I’m a woman. Plus, you’re some big ol’ major and I’m a weak little girl. You can’t just go filing a claim for sexual assault!

Chen Mo stirred and his eyes flickered open for a brief moment. In that one flicker, his eyes carried both bewilderment and helplessness.

Naturally, he was awake. Trained instinct taught him to keep awake when drunk. But because of how intimate Miao Yuan was acting, he was afraid she would be embarrassed if he woke up, so he continued to feign sleep. Yet now…

Miao Yuan softly rubbed up against him as if a kitten licking its favorite treat, her movements gentle and delicate. Her lips were as sweet and soft as he had imagined. They lightly carried the flavour of alcohol and the sweet, yet-to-be-dispelled fragrance of mascarpone. Like the tiramisu they had eaten, it was sweet and intoxicating.

Chen Mo wavered over whether he should embrace her to deepen the kiss. But when he shifted his head slightly, Miao Yuan was scared away. Thus, Chen Mo continued feigning sleep with eyes closed.

Forget it, don’t startle her.

Chen Mo’s shift of the head had caused Miao Yuan to panic. She stared at Chen Mo for a good while, examining him. After confirming that he was indeed knocked out, she patted her chest and soothed her frightened little heart.

“You dare scare me! I’ll bite you to death!” Miao Yuan bared shiny teeth in an attempt to scare Chen Mo.

He could just barely make them out and thought, If you really bite me, I won’t be able to keep this act up.

Her teeth descended upon his skin, meandering from his cheek to his neck in an oddly gentle sensation. Her breaths pulsed soft and warm by his ear. She was a small, wild beast laying atop her prey. Her teeth were cub’s teeth, unable to grip anything. Yet it was as though the cub didn’t get its fill, and her teeth continued scouring his skin.

Eventually, it was too much for Chen Mo to bear and he flipped over. He was a little dismayed to discover that she might have less experience than him. If she did have more experience, she would have known when to stop, and his prolonged pretending would have looked too fake.

In the end, Miao Yuan was still afraid of waking him. Given all the bad things she had done, she decided to withdraw and quit while ahead. She covered Chen Mo with another blanket before leaning on the headboard with some book. The words swam before her eyes in a jumble. She knew them all, but chained together, they were incomprehensible.

Suddenly, a string of words caught her eyes: “Democracy can die off. This world can revert to an atom. But I only want him by my side, drifting to sleep as I read.”1

Miao Yuan was stumped. She glanced at Chen Mo and sighed, then fished up another book from under the bed. The book turned out to be a bore. Quickly, her lids grew heavy.

But with that, Miao Yuan woke with a start. Misty-eyed, she raised her head. “Oh? You’re awake?”

“I’m so sorry. The cafe’s coffee liquor wasn’t right so I used my own brandy,” Miao Yuan lowered her gaze and rubbed her eyes.

“It’s fine,” Chen Mo said, looking at her drooped head and guilt-filled eyes. That expression reminded him of what she had muttered: I like you, don’t you know? You fool! Chen Mo, don’t you like me?

Chen Mo thought he had probably screwed up. Otherwise, she wouldn’t be feeling this bad.

Suddenly, a hot-blooded passion overcame him. He wanted to lean closer and kiss her. But with the current situation, that might be taken the wrong way and mistaken for bad intentions.

His captain’s heedings repeated in his head: You can neglect her for 362 days, but there are three days when you have to be on your best behavior.

“Are you free for Christmas?” Chen Mo asked.

“Christmas…” Miao Yuan’s eyes lit up but quickly dimmed. “I’m not free.” In the service industry, holidays were always busy. “Did you want to invite me out somewhere?”

Chen Mo nodded. “Where do you want to go?”

Miao Yuan’s eyes curved into crescents as she smiled. It seems like once I get him drunk, he truly starts to see the light. I should use half a cup of brandy next time.

“What time? I’m not free on Christmas but I can ask for leave for before Christmas…” Miao Yuan gazed at Chen Mo in anticipation.

He felt relieved, his voice softening. “Any time works for me.”

“Then… Then tomorrow it is!” Strike the iron while it’s hot! Follow up a victory and press home the attack! Take advantage of the hot guy while his heart is soft and seize hold of him!

Miao Yuan had a somewhat guilty conscience, “Tha-that is, the more we delay, the busier I’ll be…”

Chen Mo had already thought out his schedule and replied without skipping a beat. “Then I’ll be leaving now. I’ll come pick you up tomorrow.”

He checked his watch. It was getting late. If he stayed any longer, his intentions would seem nefarious. When he had left work earlier, he noticed Cheng Hui’s expression was abnormal. If he returned too late, he worried that even the sentinel would shoot him a meaningful look.

But then he thought to himself, When did I start worrying about how the sentinel looked at me? I’ve grown dull.

Chen Mo looked up and heaved a long sigh.

Miao Yuan hurriedly trailed from behind, wanting to send him off. As soon as the door opened, however, fierce winds and snow flurries gusted into the room. Miao Yuan drew back from the biting cold and quivered behind the door.

“This weather… I’ll go get you an umbrella.”

“No need. I can just run back.” Chen Mo pressed her hand to stop her. He then moved his hand to the top of her head and ruffled her hair.

Miao Yuan shrank and shivered, not knowing if it was from the cold. She stared at Chen Mo’s forest green silhouette swiftly retreating into the whiteness. She then ran her fingers over her lips in an inexplicable happiness.

The world is indeed beautiful. 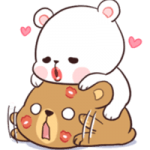 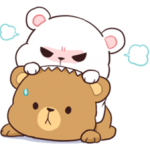 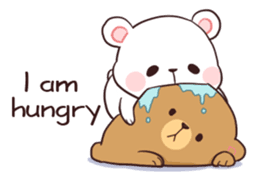