>
My Youth Begins with Loving You >
Chapter 13

Snow had fallen through the night, blanketing Xi’an in white. Miao Yuan leaned on the windowsill and squinted as she looked outside. “It’s like it snowed as if there’s no tomorrow,” she muttered.

After daybreak, the snowy skies had cleared into a cloudless blue, which was a rarity, as the sky was normally a dark grey. The sight buoyed her mood. She felt joyous and without a care in the world. She breathed onto the window pane, and on the condensation, she drew a smiley face which mirrored her own grin.

Chen Mo arrived early as was habit. Luckily, Miao Yuan was also up early. She had wanted to put on makeup, but then remembered how Chen Mo had complimented her bare face.  Thus, she only dusted on a light layer of setting powder and applied a tinge of lip gloss. She thought it was best to be somewhat conservative on a first date.

Miao Yuan thought she hid these sleights of heart well.

When she saw him arrive in casual clothes, she was a bit disappointed. But then again, a uniform might be too conspicuous. She could only change her mentality and come to appreciate those clothes.

The more she looked at him, the handsomer he became, probably because broad-shouldered, long-legged men looked good in everything. Put another man in the same coat, same color and all, and he still wouldn’t match up to Chen Mo. Miao Yuan took a step back to check out his backside and felt that it wasn’t just a problem of stature, but also of bearing. His back was straight, upright, and sturdy. It put a person at ease.

Miao Yuan sighed in admiration, pleased with her taste in men.

Since it was early, Chen Mo took Miao Yuan for breakfast. The amusement park would open at 10 am.

She spent the entirety of last night thinking of where to go. From what she understood about that idiot, she reckoned he wouldn’t even bother to think. More than likely, he would say word-for-word, “Where do you want to go?”

Hence, Miao Yuan was determined to think of where to go beforehand.

But where to go?

These days, even karaoke was like a red-light district. What other place was pure enough? On this freezing day, they couldn’t really ascend the ancient city walls and sorrowfully reminisce over the good old days of hundreds of years ago. Then that would really be, as Chen Ziang puts it in “Ballad on Climbing Youzhou Tower”:

Reflecting on heaven and earth eternal,

Tears flowing down, I lament in loneliness.

Miao Yuan began to brainstorm and recalled where she and her classmates would go for fun when they were young. Finally, she thought of the place that could please both eight and eighty year olds alike with its matchless purity: the amusement park.

Sure enough, when she uttered “amusement park”, Chen Mo’s mouth twitched. At first, Miao Yuan was certain that Chen Mo would be disgusted and think the amusement park was too outdated and childish. She hadn’t expected him to reply with an “All right.”

For the thousandth time, Miao Yuan lowered her head and sighed. Chen Mo had just too good a temperament. It was so good she didn’t know what to make of it.

Miao Yuan wanted to take the bus to the amusement park. Being squished and squeezed had its appeal. But Chen Mo hailed a cab. In the end, Miao Yuan could only sulk and take a seat.

Upon reaching the entrance, Miao Yuan thought, Holy, so that’s what they call a sea of people. With the cold weather, everyone was eager to leave their homes for an adrenaline rush. The atmosphere was infectious, and Miao Yuan herself was exhilarated. She used the crowd’s jostling as an excuse to repeatedly bump hands with Chen Mo.

Soon they reached the ticket lines. Aware of what was proper behavior, Chen Mo went to queue.

When they got inside, Miao Yuan became pumped up. After all, she was still a child at heart and fun things made her happy.

Thus, Chen Mo sat silently as the person next to him shrieked like a banshee. As she got off the roller coaster, her face was flushed from the thrill. Pretending to be casual about it, she grabbed Chen Mo’s hand. “Was it fun? Was it exciting?”

Ah Chen Mo! When will you be a bit more normal? And you really have to tell me what you like! If you don’t, I really won’t know what you want to do. Really, you’re making me worry myself to death!

Miao Yuan suppressed those feelings as she walked ahead. Chen Mo didn’t understand why Miao Yuan was unhappy despite being fine a moment ago. He reflected on his words, actions, and manners as he followed her.

Miao Yuan suddenly halted and pointed. “I like that bunny!”

Chen Mo followed her finger to a row of booths crowded with people. From the tops of the booths hung rows of plushies, including a few bunnies with large, white teeth. The bunnies came in all sorts of sizes, with the largest being the size of half-a-person.

“Okay! What size do you want?” Chen Mo asked, digging for his wallet.

A smile surfaced on her face. “Don’t buy it. Win it from a game.” She silently cackled with pride. I saved you from a long day of boredom by giving you something to do!

He shook his head.

He shook his head again.

He kept on shaking his head.

Miao Yuan nearly gave up all hope and thought, Are you toying with me?

Chen Mo suddenly heard a few crisp sounds. He looked over and lit up. “I can play that!”

“Ah, okay!” Miao Yuan didn’t care what “that” referred to and followed Chen Mo over.

It was a simple game of beanbag toss. Small, red wooden blocks were lined up on each of the rows of shelves. Knocking over one block earned one prize, and the more knocked over, the more prizes earned.

When they neared the booth, Chen Mo saw that it didn’t have the big, fluffy bunny Miao Yuan liked. He sputtered an apology and wanted to leave, but Miao Yuan tugged his sleeve, trying to stop him. She pointed to a plushie and said, “I want this one!”

This?! Chen Mo thought. Just looking at that hideous plushie made him feel embarrassed.  Her tastes sure are varied.

The beanbag-toss vendor read the situation, and hustled over, intending to drum up business. “Come play! Ten beanbags for five dollars. Knock a block over for a prize. You just need to hit three for the one your wife wants! It’s simple and easy! Look, I’ll demonstrate!”

He weighed a beanbag in his hand and threw it. The beanbag whizzed forward and hit the block, which fell with a thunk.

The neighboring vendor curled his lips in disdain.

“I just need to knock down three, right?” Chen Mo paid the money and tested the feel of a beanbag.

“That’s right, three!” The vendor focused on counting out the rest of Chen Mo’s beanbags.

“Don’t trouble yourself. Three’s enough.” Chen Mo straightened himself and calculated the distance and angle.

The vendor raised his head in surprise. Chen Mo’s first beanbag had already unloaded, flying out.

The vendor turned to look and was stupefied.

He knocked it over… Well, of course he did, but it must have been a fluke. With ten beanbags, anyone can land one or two. But he managed to hit the first in the first row! And on the first try! He can’t be this lucky!

It was as if this guy came just to shatter his fragile heart.

The wind whistled as the second beanbag whizzed past in a blur, landing in a da-dunk.

Perfect, the vendor thought. Second in the first row!

The vendor turned to the front with a blank stare and then heard another da-dunk. There was no need to look. Guaranteed, it would be the third in the first row.

The plushie was unbearably ugly. Chen Mo stared for a long while and still couldn’t tell what it was. It could only be called a “thing.”

The vendor’s soul had already dissipated. He stared dazedly at Chen Mo and choked on words.

Bro, he thought. You sure you aren’t here to fuck with me?

“Chen Mo,” Miao Yuan timidly tugged on his sleeve. “Can you knock them all down?”

“Sure.” If he couldn’t at this distance, he would have to run laps at the shooting range.

As Miao Yuan was hesitating, a young guy from the fishing booth next door ran over and dragged Chen Mo away before throwing Miao Yuan a sly smirk. “I’m borrowing your boyfriend!”

Miao Yuan was confused as she watched the two chatter. Midway through, they turned and looked at her, which made her hairs stand on end.

Behind her, the beanbag-toss vendor stared daggers at the two. Through gritted teeth, he said, “Fuck you…”

After the two finished chatting, Chen Mo walked back to the beanbag-toss booth and handed the vendor ten dollars. “Give me twenty more beanbags.”

“Her tastes sure are varied.” – Chen Mo

I wonder how hideous this plushie must be.

Googled 'ugly plushie' and these are what I got... 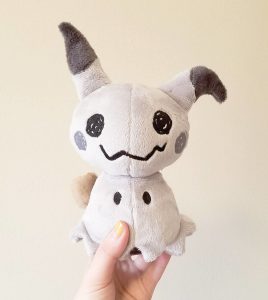 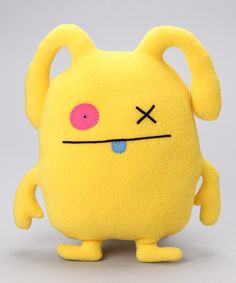 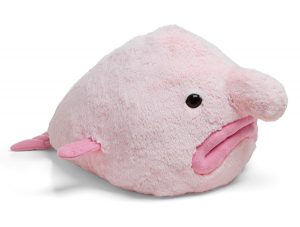