>
Side Character Transmigrations: The Final Boss is No Joke >
Chapter 234

The two headed back to where Feng Jin was staying. Strangely, just before they had even entered the neighbourhood, Feng Jin’s expression became increasingly unsightly. The temperature in the surroundings seemed to drop. It was as if a storm was approaching.

Shi Sheng looked at Feng Jin in confusion. ‘Weren’t you fine just a minute ago? How come you’re changing faces so quickly?’

Once they’d climbed the stairs, Shi Sheng finally realised why he looked like he was about to kill someone.The door to Feng Jin’s house was wide open and the interior was a mess. It was clear a burglar had paid a visit.

Feng Jin didn’t bother with the mess, instead making a beeline for the room next to his study.

The door to that room was wide open as well. Feng Jin didn’t stop her from coming in. However, Shi Sheng felt discomfort upon entering, so she wisely retreated through the doorway and peeked at him from outside.

The room was well lit and lined with shelves, all adorned with a variety of strange knick-knacks.. Peach wood swords, copper coins… There was even a furnace in the centre of the room.

Feng Jin proceeded to open a secret compartment in the wall. Sitting inside was a locked safe, which he promptly opened to have a look. Before Shi Sheng could get a good look at its contents, he placed the box back in its place and shut both the safe and compartment, hiding it once more.

Shi Sheng pushed lightly against the doorframe. “What did the intruders want?”

Feng Jin gave her a frigid look. “Clean up outside.”

“I’m not your servant.” Shi Sheng continued pushing against the doorframe. “Not going. How could I do such a bothersome thing?”

“You don’t want your clothes?”

“You said you’d give them to me when we got back!” Shi Sheng glared at him.

Feng Jin ignored her and started cleaning up the room.

Shi Sheng floated there for a while before scratching her head and turning to drift into the living room.

The clothes for a ghost needed to be made out of a special paper. Feng Jin personally made two sets.

But when he carried the clothes out…

He stared at his completely bare living room, wondering whether he was truly in the right house.

‘Where are my things? Even if it was a bit messy just now, it wasn’t… left with only the walls?!’

Shi Sheng floated in through the front door, appearing none too happy.

“Where’d you put the furniture?” Feng Jin suppressed his anger.

Feng Jin took a deep breath. “I told you to clean up the place, not clean out the place!”

“Isn’t it clean enough?” Shi Sheng wore a distasteful expression that practically said ‘how come you’re so hard to please? Why don’t you ascend to the heavens while you’re at it?’

‘Of course it’s clean enough… It’s as if I just moved here! Luckily I only got her to clean the living room; otherwise, I wouldn’t be able to live here anymore.’

Once he’d burnt the clothes for her, Feng Jin resigned himself to cleaning up the study and bedrooms alone.

‘So, just what am I keeping this ghost for again? To give me trouble?’

Shi Sheng was dissatisfied with her new clothes. The colour was rather nice, but the style was hideous; not pretty at all.

It was a pity that all of her ‘appeals’ were rejected.

Shi Sheng ran away from home out of anger.

At An Su’s place.

The creaking of the bed blended together with a woman’s begging and moaning.

An Su was trapped on the bed by Nalan Ying, who was currently moving forcefully on top of her.

“Nalan Ying… Don’t! Let go of me… Let go… ah! Don’t! Let go…” An Su’s eyes were bloodshot. Her face was similarly flushed a strange red from a mixture of need and anger.

Ever since the first time he took her by force, her life had turned upside down. She didn’t know why she had been so unlucky as to meet Nalan Ying.

‘There are so many women in the world, why is he so insistent on me?’

An Su hadn’t gone through any major trials with Nalan Ying yet. So other than fear, she only felt rejection towards him.

An Su and Nalan Ying hadn’t seen each other for so long. But now that they had met again, he completely ignored her protests as he pressed her down and took her.

An Su was naturally unable to accept this.

“Don’t…” An Su had been crying so much that her voice became hoarse.

Nalan Ying gripped An Su’s chin as he announced with a domineering tone, “Woman, you’re my person in life and my ghost in death! Don’t even think about escaping during this lifetime!”

“No…” An Su was forced to take it. The coldness of his body was being transferred to hers. Her lower body felt like it was being stabbed by an icicle as the chill seeped into her bones.

She suddenly remembered what the person who barged in the other day had said.

He was absorbing her yang qi. He was harming her.

And the words of the hate spirit back at the mansion.

‘Spirit physique… I think I’ve heard this phrase somewhere before.’

An Su was in a state of delirium. She was no longer able to feel the waves of coldness that wracked her body along with that strange pleasure. Her awareness floated away to the courtyard she stayed in when she was younger.

Her grandmother was sitting beneath a locust tree[1]as she placed a strange jade pendant around An Su’s neck.

“An Su, remember. Never take this pendant off. And never go to deserted areas with lots of yin qi[2]. You have to remember grandma’s words, okay?”

Little An Su lifted the pendant up and asked curiously, “Why? It’s very heavy ah, I’m not comfortable.”

“You were born with a spirit physique. Evil creatures are easily attracted…”

“Mom, what’re you telling An Su again?” Before her grandmother could finish her words, her mother interrupted. “What age do we live in? How can we still have that kind of closed-minded thinking? Mom, I don’t mean anything by that, but An Su’s so young; what if you frighten her?”

An Su didn’t remember what was said afterwards. She only remembered that ever since then, she had never returned to that place again. An Su had never seen her grandmother again either. However, she had always carried that jade pendant with her, never taking it off.

An Su’s dreams were a mess. She recalled shrieking in fear the first time she saw a spectre covered in blood. There was the normal life at university…

There were also the warm scenes of her family…

And then there was the time when she first met Nalan Ying. He had taken her by force on an antique bed with flower carvings.

At the final moment, she seemed to hear him mutter beside her ear, “The taste of a spirit physique really is different.”

An Su was startled awake from her dream. The room was quiet and empty. She had been lying on the bed naked. The cloying scent of post-lovemaking clung to the air.

After connecting all the clues in her dream, the shocking revelation made cold sweat drip down An Su’s back.

The words Nalan Ying had said after he first took her weren’t just her imagination; he really had said them. ‘So, he planned this out from the start?’

The more An Su thought, the more afraid she felt. Her mind was a mess as she clumsily dressed herself grabbed her purse and phone, and stumbled out the house.

Only after she’d gained some distance did she heave a slight sigh of relief. But then she remembered to feel around her chest. There was nothing there.

She couldn’t even remember when the jade pendant had gone missing.

As An Su walked down the street, her body felt colder and her limbs turned numb. She didn’t know what to do.

She flipped through her contacts list again and again, but didn’t know who to call. Who would listen to her odd story? Who could tell her what was going on?

A figure flashed in An Su’s mind. ‘Ghost-jiejie… Right! I can find her!’

Her fingers speedily swiped at her phone screen, but only after An Su looked through her contacts did she remember that her Ghost-jiejie didn’t have a phone. ‘How am I supposed to find her?’

[1] I’m not very sure about the translation, but that’s what the dictionary said, so I’m keeping it. In case you want a picture: 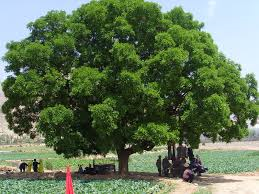 [2] Remember when yang qi was mentioned? This is the opposite. Basically grandma is saying don’t go to dark deserted places. Which is advice I think everyone should follow…

Thanks to all the little sisters who donated. *pets*