About Me
Projects
Q & A
View All Posts
About Me

Whale hello there! It seems like Blobber is due for an introduction, where you get to hear her blob on and on about herself in third person. In case you didn’t notice, Blobber is rather thick-skinned and shameless with her pun obsession. In her free time, she rewrites lyrics to songs like Whitney Houston’s I Whale Always Love You, and when it comes to Christmas and chocolate, expect to be inundated by an over-whale-ming uncontainable never-before-seen excitement.

When it comes to reading, Blobber whaley loves mystery, fantasy, thriller, and science fiction. By now, you might be thinking, “Crikey! When whale the puns stop! This is overkrill!” So I’ll end it here for you. (You’re whale-come)

Translation Checker,
My Youth Begins With Loving You

Translation Checker,
Side Character Transmigrations: The Final Boss is No Joke

1) If you could be in the shoes of an L&D character for a day, who would it be and why?
The horse. I imagine it gets fed sugar cubes. I like sugar cubes.
2) Which L&D race do you personally prefer for yourself/partner — dragon, demi-god, elf or human?
Dragon! My theme song will be “I Believe I Can Fly
3) What’s your team like?
We’re like avocado toast. A match made in heaven. We are more than the sum of our parts. Yuzuki is the bread, since without her, there would be no avocado toast. Psyx and Yoshii are the avocado that really add to the toast and bring it to a new dimension. I’m the butter the bread is toasted with, since I enhance the toast. Blee is like the garnish at the top, that cranks the fanciness level of the avocado toast up to an 11. 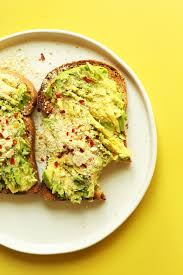 4) Do you have any planned projects after L&D?
Continuing with My Youth Begins with Loving You and Side Character Transmigrations.
5) Do you have a message for your readers?
In lieu of a message for the readers, here’s a joke for you guys:
Q: Why did Adam lose his eyesight?
A: Because love makes you blind

My Youth Begins With Loving You Staff Interview

1) What’s your favorite food?
All pastries and cakes, especially napoleon and eclairs and danish pastries and tiramisu and red velvet cake and English trifle and scones and cream puffs and … okay, you get the idea. Oh, but pies can go to hell. Except pumpkin pie.

Pumpkin Pie
2) Can you cook? If yes, what’s your favorite recipe and if no, what’s your dream recipe?
Yes, I cook! My favorite sweet recipe is my scone recipe. Pair that with raspberry jam and homemade whipped cream and I’m good to go. Yes yes, I know I’m supposed to use clotted cream but I’m a heathen. I usually make a giant batch and freeze the dough. My freezer is always stocked with either that or some cookie dough.

My holy grail recipe is puffed pastry. For the life of me, I cannot get my puff pastry to puff! I swear I’ve tried a bunch of iterations and followed them to the tee, but it never puffs as much as I want it to. I’ve folded it more than enough times. I’ve chilled it between foldings. Where is it all going wrong?

Puff Pastry
3) What’s your team like?
We are like a kpop girl group because we are all cute as fudge. I honestly think we could all go to an SM audition and blow all the wannabes out of the water. Cloudy would be the leader of the group, and have that unintentional aegyo quality about her. Nyaarenne would be the cool one of the group, like blazing cool. Very swoon-worthy. Blooming Frost would be the uber cute one that oozes responsible adult vibes. Her luggage would definitely be the most organized, and I bet she irons her clothes. Wenhui and I would be twins that sub for each other, unbeknownst to the fans. Our songs would be catchy bubblegum pop and we would perform our choreography with passion, because we put our hearts into everything we do.
4) Do you have any planned projects after MYBWLY?
Continue with Side Character Transmigrations.
5) Do you have a message for your readers?
In lieu of a message for the readers, here’s a joke (or two) for you guys:
Q: Why can Miao Yuan be so dense and slow at times?
A: Because she’s baked
Q: What did Chen Mo say when Miao Yuan baked him some cake from a pre-made cake mix?
A: That looks like a piece of cake.

Side Character Transmigrations: The Final Boss is No Joke Staff Interview

1) Which SCT character is your favorite?
#ShiShengFanClub! Everyone who says otherwise needs to reevaluate their life (jokes).
2) If you were to transmigrate in one of SCT’s worlds, which one would it be and what role would you play?
I enjoy my plebeian earthly life very much, and figured that the first arc would offer the most similar experience. I mean, could you imagine being a cultivator? That would require me to battle people and to exercise and leave my chair! Heavens save my soul.

Out of all the characters in the first arc, I’d definitely be Chu Tang, the good male lead. Being Shi Sheng sounds too stressful, and as Chu Tang, I get to be with Shi Sheng. Thankfully their relationship wasn’t sexual, so I imagine me and Shi Sheng would be besties. Plus, I’d love to have Chu Tang’s job. I feel like my answer may change as I read more arcs though.

3) What’s your team like?
We’re like the Detective Boys. Wenhui is Edogawa Conan, since she’s the superstar of the team. I’m at Detective Mouri levels of translation while Wenwen is just killing it. Reekahia is Ai Haibara since she’s quiet and focused, and doesn’t really participate in our shenanigans. Blanc (Blooming Frost) is Ayumi Yoshida since she’s super sweet and our group’s cheerleader. I’m Mitsuhiko Tsubaraya since we’re both geeks, though we geek out over different things.

4) Do you have any planned projects after SCT?
SCT ends super far into the future, so I haven’t really thought about it.
5) Do you have a message for your readers?
In lieu of a message for the readers, here’s a limerick for you guys:
Once a girl backstabbed Shi Sheng.
The girl was so pretty and young.
She gloated and thought: she had come out on top,
But was soon to be butchered and hung.
View All Posts

You wanted Part 2 on Wednesday, and we delivered! Enjoy! The MYBWLY team has added an important message at the bottom of the chapter. Please read until the end! Thanks :3 Translator: Blobber Editor: mcsmacky Translation Checker: Blobber Proofreader: Cloudy

Question of the day: Any of you play chess? Even if you don’t, you should still check out The Game of the Century, involving Bobby Fischer vs Donald Byrne. A great match… … Also, this is the last chapter TLCed by Blobber (Action). Her presence is still greatly missed. Chapter 215 : The Hallmaster Wants

Question of the day: Who wants an offline meeting? Jk, I think some of our team members are too shy… … Still three proofreaders?! Chapter 214 : The Hallmaster Wants to Get Married Off (30) Brought to you by: Translator: Wenhui Editor: MengMei Translation Checker: Blobber Proofreader: Mlinda & Vasosulf & Psyx

We’re at our last translate-checked chapter (well part 1, there’s still a part 2!) so this will be our 2nd last post before going on hiatus. On that note, this chapter was actually a short one so it has been split into 2 parts instead of the usual three. The team wanted to know whether

For those who are still students, school should have started back up already right? If not, perhaps next week. Question of the day: Regardless of whether you’re still a student or have graduated into the workforce already, what’s your favorite subject? It can be as broad as math, and it can be as specific as